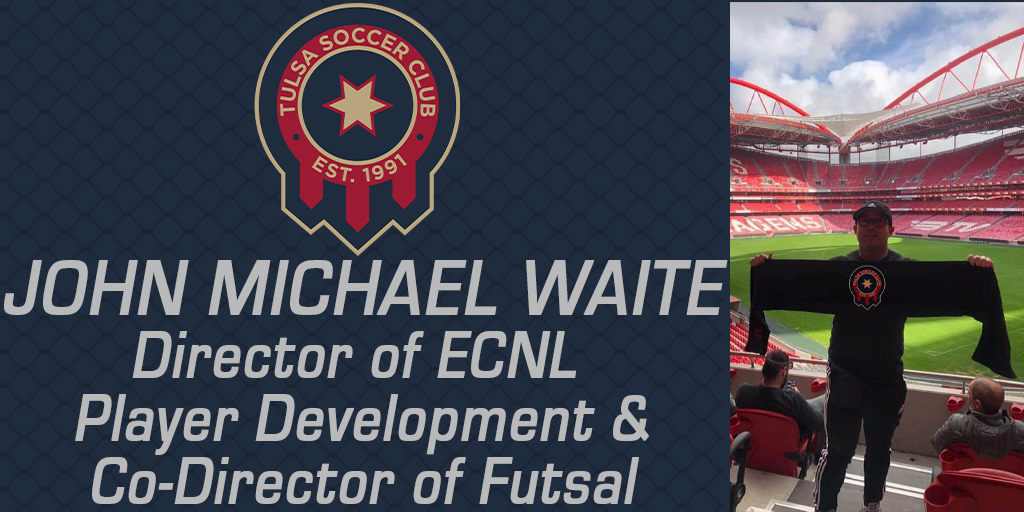 We are very excited to announce that Coach John Michael Waite is coming back home as our Director of ECNL Player Development for boys and girls, and Co-Director of Futsal.  John Michael played for TSC as a youth player, has great long-standing relationships with many of the coaches in our club, and is a terrific coach.  His experience as technical trainer and coach within the Tulsa area and throughout our region will be instrumental in helping Tulsa SC achieve our vision to incorporate the use of technology, implement new and innovative curriculum, and create player developmental pathways that can lead well beyond youth soccer.

Coach John Michael was previously the Technical Director at Legacy Futsal and a technical coach within the USSF Girls Development Academy at Oklahoma Energy FC. In his long coaching career, John Michael has led teams to multiple state championships, a Super Copa semifinal appearance, Futsal national runner up and regional championships, and was a member of the TSC Hurricane staff that led the U17 girls team to the North American Girls ECNL Championship. As a player, John Michael won seven state championships with Tulsa Soccer Club, was a member of the U-18 National Team Pool, played collegiate soccer at Furman University, and Northeastern State University, and spent time with the Tulsa Roughnecks in the semi-pro ranks.